Second Harvest hosted a ‘thank you’ luncheon on Wednesday, November 28. The pallet of the month program provided 127,000 meals this past year and our participation is greatly appreciated. Sparboe was mentioned in their blog post http://blog.2harvest.org/pallet-of-the-month-club-members-continue-commitment-to-fighting-hunger/

The Hand that Feeds Us is an online publication that strives to educate the urban media on the important role agriculture plays. They work to correct misinformation and dispel myths about agriculture.

We were contacted by one of their journalists who wanted to do an article on the egg industry. Beth answered some of her questions and we are quoted in the article.

Check it out here: http://www.thehandthatfeedsus.org/farming_america-Eggs-Edible.cfm

Sparboe supports the Run for the Roses in Ames, IA 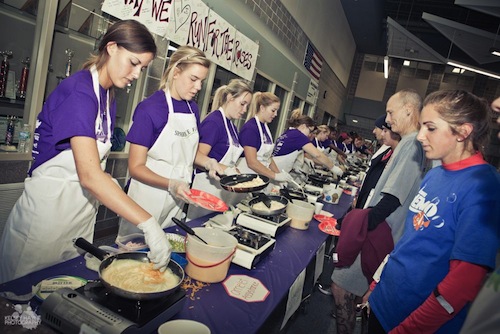 Run for the Roses is an event held each year in Iowa to raise money for Arthritis Research Grants. 10k and 5k races and a kids run are hosted by Alpha Omicron Pi and the Ames Area Running Club. Participants get a t-shirt, a rose and an omelet breakfast prepared by the sorority girls. Sparboe Farms provides aprons, spatulas and eggs to feed all the hungry racers and their families.

Thank you to Sheila in our sales area for ensuring Sparboe Farms continues to support this great cause.

NPIP (National Poultry Improvement Plan) was established in the early 1930′s and is a group representing cooperating State agencies and poultry industry members. NPIP serves as an essential function by acting as a liaison between the poultry industry and the Department in matters pertaining to poultry health.

The 2012 conference was held on September 25-27 in New Orleans, LA and our Director of Production and Production Compliance Specialist were in attendance. Sparboe Farms was a delegate for Minnesota and voted on a number of recommendations to improve the NPIP program. 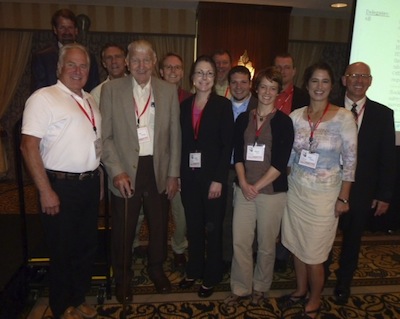 Aptly named – The Craziest Fundraiser Ever – 70 scouting supporters rappelled 23 stories from atop the Ecolab Building in St. Paul on Friday, September 7 to provide financial support and showcase some of Scouting’s fun and adventure. This was the first time ever such an event was held in the Twin Cities.

Participants each raised at least $1,000 in pledges to take part. The funds raised benefit Northern Star Council, BSA, as well as raised awareness of Scouting programs, while giving participants the thrill of a lifetime. Participants ranged from high school students (ages 16 and older) to two individuals over the age of 68. Among some of the remarkable rappellers were Doug Baker, CEO of Ecolab and Northern Star Council Board Members Jim Bradshaw, Roger Green and Bill Brody.

The Double Dog Dare was well covered by community media including front page stories on both the Pioneer Press and Star Tribune, video highlights on three television stations – KSTP 5, WCCO 4 and KARE 11 – as well as a lot of buzz on radio and social media. Check out photos of the event: http://www.northernstarbsa.org/News.aspx?articleID=1319